by The Mae Shi 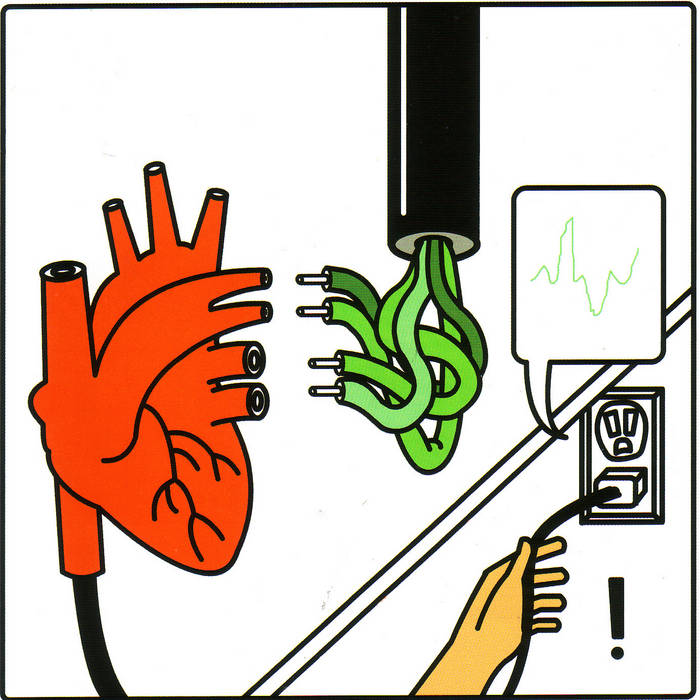 The Mae Shi are four young men from Los Angeles with an average age of 25. Over the past year, they’ve released a full-length album (Terrorbird, which they’re still very proud of), compiled a mix CD of their 1200 favorite songs, recorded two EPs, written music software, built an arsenal of instruments and amplifiers, and performed their interactive hyper gospel music in over 100 basements, pizza parlors, art spaces, living rooms and book stores, from San Francisco to Summerville, South Carolina . . . all while holding down soul-shatteringly tedious day jobs.

They’ve been told that “Mae Shi” roughly translates to “business card” in Japanese, although they didn’t know that when the band was named. It’s an apt name, though, because that’s what the Mae Shi has become. Because what comes next? How do four people make a living making music with the painful awareness that today’s magazine hype is the future’s landfill bloat? Here’s how: Sidestep the eyeshadowed horde fighting for an opening spot on the Bloc Party tour and make your band a self improvement vehicle. Use it to learn about songwriting, web design, amp repair, guitar assembly, music production, soft synth programming, graphic design, public speaking and more. They’ve stated their goals: Brad wants to write and produce pop songs. Jeff wants to design musical instruments and amplifiers, record music and become the best guitar player he can be. Tim wants to write and produce pop songs, learn how to run a record label and continue to write and design for a living. Ezra’s goals are the least certain, and he’s the most skeptical that any job in the “industry” will be spiritually rewarding. But he’s along for the ride, for now. The Mae Shi are at their best when they are studying just as hard as they are partying, and they hope to match each ecstatic high-five with a few minutes behind a book or soldering gun.

Heartbeeps is the latest bi-product of the plan. Ten home-recorded tracks that plumb the depths of their musical taste, as influenced by their current infatuation with Melt-Banana, Deerhoof and overhyped UK grime as by their pimply adolescent love of Def Leppard, Nine Inch Nails, Dante’s Inferno and worship music. It’s a record that would have made the 11-year-old versions of the Mae Shi very excited. As with Terrorbird, they recorded it themselves in their bedrooms and living rooms, making up recording techniques as they went along. And as with Terrorbird, anything goes: drum machines, cut-and-paste choruses, handclaps, recycled riffs, hoots, hollers, and lyrics pulled from neuroscience textbooks and Plato’s Republic.

Bandcamp Daily  your guide to the world of Bandcamp